ABOUT WINNING WEIGHTS
HISTORY
In the early 1980’s Winning Weights was founded and developed by Greg Middleton. Greg’s philosophy was to systematically record past performances of horses in races to be able to more accurately rate upcoming races. Form analysis in this detail had never really been done before.

Adopting an approach of manually indexing Sydney metropolitan horses on 3 by 5 cards, the system applies ratings using 15 factors. This was before the days of easily accessed or affordable computers. In 1982 Michael Begg joined Winning Weights, and added his first-hand knowledge as an ex-jockey. The ratings form was taken by The Daily Telegraph and published as a service to its readers. Video form was introduced in 1983 as a further enhancement to the basic performance ratings to get deeper analysis. One of WW core business targets was to use the ratings to gain ‘overs’ for the punter. Put simply, if the odds being offered by the bookmaker or tote were greater than the ratings, the punter could invest less with same confidence of a winning chance. This is the exclusive goal of Winning Weights – to offer the punter a better chance to win against the professional bookmakers and government run TAB.

Michael recalls a spectacular highlight of those days was when in 1985 Winning Weights accurately rated on top the 100/1 winner of the Doncaster – Row of Waves. It also rated the 15/1 winner of the Derby Tristarc on top. The running double that day, if punters used the form, paid over a staggering 1,500 to 1!  But that wasn’t it for Winning Weights that day. In a staggering feat of brilliance, Winning Weights rated the winning trifecta, in order, of the Doncaster; Tristarc, Sir Zephyr, Silver Award - which paid over $30,000.00. Punters didn’t even have to box these selections to win, they were rated in order with the long outsider Tristarc first. 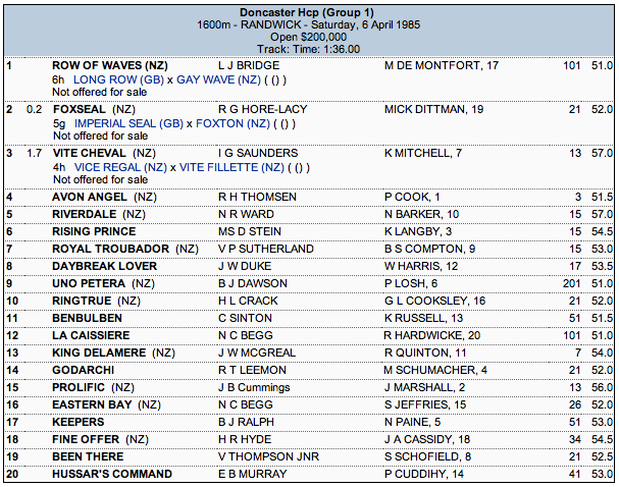 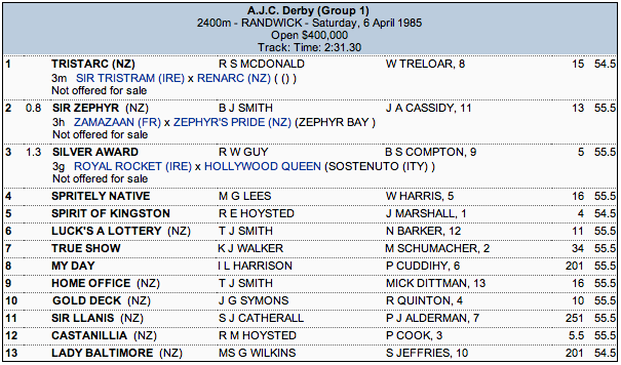 In one of the darkest moments in his life, Michael had the misfortune of losing Greg in 1986 in tragic circumstances and Winning Weights stopped operating until 1997.  Re-launched in more modern times using the assistance of a personal computer instead of cards, Michael continued to adopt the 15 form ratings factors developed by Greg, to produce highly accurate form. Once again, the punters could find the ‘overs’ and enjoy an advantage against the markets. Michael eventually developed a loyal and committed following of winning clients, some of whom are still with him today, 16 years later!

WINNING WEIGHTS TODAY
Michael is doing the comprehensive form every day, 50 hours a week in fact, so the Winning Weights clients get results that matter the most when it counts – with the bookmakers or the tote. Finally with modern technology available today, Winning Weights has the tools to provide it’s valuable clients with all the in-depth form analysis and selections they are looking for – every day, for a small investment.

We provide this service through the website or for the ultimate convenience for our clients – access the form ratings and selections any time on smartphone or tablet.

Go here and get the latest selections

Thanks for your patronage